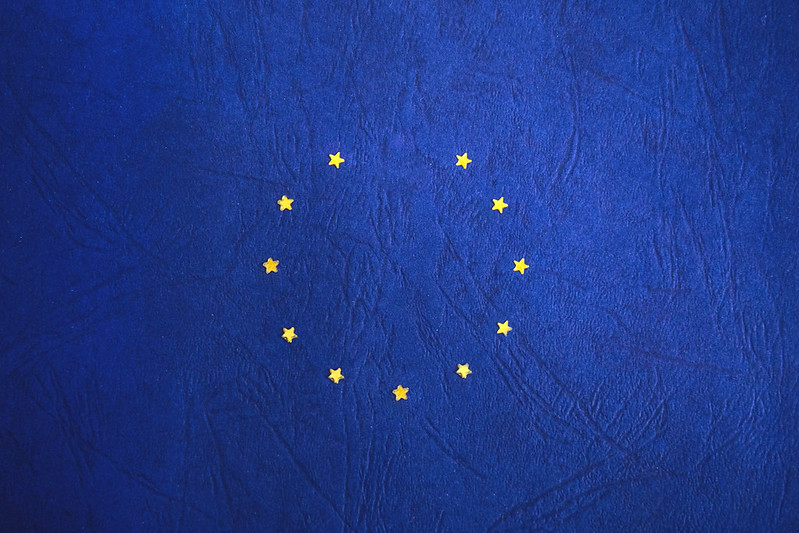 Post-truth politics. Nothing screams zeitgeist quite as much as a blog post about the emergence of “post-truth politics”. At present it seems to be everywhere. Political tweets, articles in national media, analysis by the commentariat. In the aftermath of Brexit and with the emergence of Trump as a presidential candidate in the US, it has almost become a short-hand method by which to describe the current political climate. As someone working in the information profession and being politically engaged, the topic itself is like catnip to me. The notion of “post-truth” as someone who deals in facilitating access to information? How could I not jot down a few thoughts?

A few weeks back I was flicking through a collection of essays by George Orwell (living the stereotype). One essay in particular caught my attention: Looking back on the Spanish War. The Spanish Civil War is a bit of an obsession of mine. Being married to a Spaniard has helped feed this (on top of a history A-level where the study of fascism was the basis of the entire course), and I pretty much seek out as much information as I can on the most romanticised of 20th century conflicts. Orwell, of course, was actively involved in the conflict. Along with many other leftists, he left the UK to join the International Brigades and fight fascism in the truest sense of the phrase.

Reading through his reflections on the Civil War, one passage particularly hit home…forgive me if I reproduce it here in its entirety, but I think it is justified:

Out of the huge pyramid of lies which the Catholic and reactionary press all over the world built up, let me take just one point — the presence in Spain of a Russian army [Note: the Russians provided strategic support and hardware for Republican elements, but did not send in their army]. Devout Franco partisans all believed in this; estimates of its strength went as high as half a million. Now, there was no Russian army in Spain. There may have been a handful of airmen and other technicians, a few hundred at the most, but an army there was not. Some thousands of foreigners who fought in Spain, not to mention millions of Spaniards, were witnesses of this. Well, their testimony made no impression at all upon the Franco propagandists, not one of whom had set foot in Government Spain. Simultaneously these people refused utterly to admit the fact of German or Italian intervention at the same time as the Germany and Italian press were openly boasting about the exploits of their’ legionaries’. I have chosen to mention only one point, but in fact the whole of Fascist propaganda about the war was on this level.

This kind of thing is frightening to me, because it often gives me the feeling that the very concept of objective truth is fading out of the world. After all, the chances are that those lies, or at any rate similar lies, will pass into history.

Post-truth politics is, ultimately, a fancy new term for an age old…truth. In many ways this is hardly surprising. There is a tendency to re-package old ideas and present them as somehow new challenges for a new generation, when quite often they are old ideas that are re-packaged and presented as somehow new [citation needed].

When it comes to Brexit though, I wonder to what extent the vote to leave can simply be blamed on untruths or a sense of “post-truth politics”. Of course perhaps the prime example of the notion of post-truth politics was the infamous Vote Leave bus that suggested £350m being sent to the EU could be spent on the NHS instead. Despite being dismissed as “misleading” by the Chair of the Statistics Authority, the statement clearly influenced some, as demonstrated in this recent piece by Faisal Islam for The Guardian:

“I would go mad if this money doesn’t go into the NHS, I will go mad. I want to be assured that this money – because that’s why I voted to come out,” says Shirley.

But to what extent was the reality of Brexit really about “post-truth politics”? Certainly there are those that were misled, and there are those that would have been persuaded by falsehoods, but by no means can we paint Brexit as solely the consequence of post-truth politics. It is, for example, undoubtedly true that the European Union has adopted and pursued an extensive and damaging economic agenda across the continent. Casting an eye towards Greece is enough to underline the extent to which the EU is hardly a benign, friendly force for good. Economically speaking it is highly destructive. This is certainly a truth for those on the receiving end of the economic brutality. And a truth that is felt by the working class across the continent, those who do not feel the economic benefits so many of us take for granted (can anyone seriously argue that the working class in Greece have benefitted from the EU’s interventions?).

In this respect I was what might be described as a “reluctant remainer”. For me, if it was purely down to the economics of the European Union, I would have voted out. No-one who cares about the poorest in society could possibly consider the anti-democratic and destructive economic policies of the EU and believe that these are things that should be embraced. But then there are the social aspects. I am pro-immigration (indeed, I’m pro-“no borders”), and for me a vote to leave would have had disastrous implications for not only immigrants at home (which given the rise in racism seems to have very much come to pass), but would have given a powerful shot in the arm for far-right movements across Europe (who wasted no time in celebrating Brexit). That I could not countenance. And it was for that reason I voted to Remain. But, there were strong and powerful reasons to Leave, and they were not about “post-truth politics”, but a deeper truth about the reality of how the EU operates.

In terms of how this fits in with our work, would we make much difference here? Certainly, I think librarians clearly have a key role to play in terms of information literacy. We should be out there presenting the facts and working to ensure greater democratic engagement. And when I say “we should be out there” I mean we should be active, we should not just be waiting for folk to come to us in our libraries or institutions, we should be going out to them. Actively engaging wherever possible, working with communities, helping them to make sense of the huge volume of misinformation that proliferates during any political campaign.

But I don’t think better critical thinking amongst voters would necessarily have made a difference in terms of events such as Brexit. Yes there was inaccurate information from the Leave campaign that appears to have persuaded some to vote to leave, but would it have been any different if people were better equipped to assess the information provided? If you see the economic consequences of the EU in the Mediterranean, would you have been none the less persuaded to vote to Remain if you knew that not only were we not spending £350m per week on the EU that could have been spent on the EU, but that Turkey is unlikely to join any time soon and that we would have to join an EU army? Or would these truths make no difference whatsoever? Would the truth of the economic conditions enforced by the EU outweigh such “truths”? Or would the evident democratic deficit? And there are, of course, the racists and xenophobes who will take a racist position and disregard any “truths” that they are confronted with.

“People have had enough of experts,” said Michael Gove. I think we need to hear the voices of experts now more than ever. One look at the state of our media underlines how little the experts are heard, dominated as they are by commentators who pontificate on what they “reckon”. But experts and professionals can’t change realities or affect the lived experience of others. An individual critically analysing information in the run-up to the referendum could just as easily have voted to leave as voted to remain. Criticality and information literacy are not panaceas, but they help shine a light that can be shone into the darkest corners. Ultimately, it is not truth alone that will determine voting intentions, but how heavy that truth weighs.