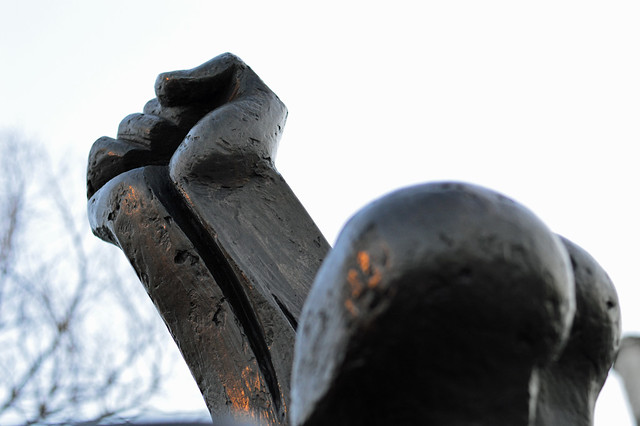 I’ve considered and then abandoned writing about radical librarianship before for many reasons. In some respects, I felt it was too introspective and expending too much time and energy on something that is really a fringe concern (I’d rather concentrate on doing stuff than getting into a drawn out cycle of discussion about language etc). But it keeps cropping up as a point of discussion so I thought I’d put my thoughts down, not least to ensure that in future I can just point to a URL rather than repeat the same perspective ad nauseum.

I would like to add that these are my personal views and my personal interpretation of the terminology. They do not necessarily reflect the views of any organisation I am affiliated to (I want to make that clear in case people assume that the definition I use for the term “radical” is the definition everyone involved in RLC subscribes to) and I accept that there will be those who hold to very different interpretations of the term than that which I subscribe to. I obviously don’t believe that the following is definitive, and I would certainly very much value other perspectives on this, not least to more fully inform my thinking.

The first thing I think is important to clarify is that, for me, radical doesn’t mean smashing up windows or engaging in illegal and violent activity. You know, the kind of radical that the media likes to present to us. Radicalism for me doesn’t mean violence or even law-breaking*. I think those who have difficulties with the word “radical” break down broadly into two groups: those who think it represents a violent/law-breaking attitude and those who think the term itself is a bit, well, teenage. Being a radical (in whatever form) does not mean that one is either violent or a law-breaker. There is, clearly, a difference between a criminal and a radical.

As the position of the radical is determined by the dominant ideology, I would argue that a radical now is not necessarily a radical “then”. In other words, with respect to librarians, the roots of our profession are tied up with certain professional ethics. These ethics, in a neoliberal society, are attacked and, if we are not careful, severely diminished. But remaining true to these ethical roots is by nature radical. Should we, despite the best efforts to erode and corrupt our values, remain true to our ethical foundation, then by definition we are remaining defiant to the dominant ideology. Navigating through a neoliberal, extreme capitalist environment whilst holding onto our core values, is a radical act, because the conditions are designed to weaken and corrupt our resolve.

Basically, for me, a radical librarian is someone who remains true to the core ethical foundations of our profession…in fact, not even stays true, has it at the core of everything they do. But it is also about rejecting the dominant ideology and about seeking to find ways to undermine this ideology. For me, undermining it could be allowing a space for these ideas to be discussed and built upon. It could be in creating a journal, in building a physical event whereby like-minds can share ideas and plan actions, in seeking to explore alternative structures/approaches to those that currently exist within the profession. It does not mean engaging in violent activity, in militancy. You are a radical, in my view, merely in challenging that dominant ideology.

I’m not sure how much all of that even makes sense and I’m certainly not sure if I have even clarified how I define what it is to be “radical”. I’d obviously like to hear more about how others define it. Whether you agree with how I interpret it or not. Ultimately, the hippy that I am, I would like to see if there is some consensus in how we interpret what it is to be “radical”. Not least because the above doesn’t even really satisfy me, even as an entirely personal interpretation.