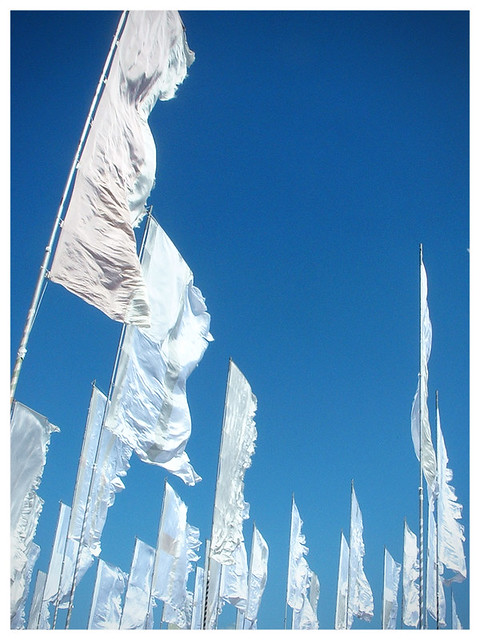 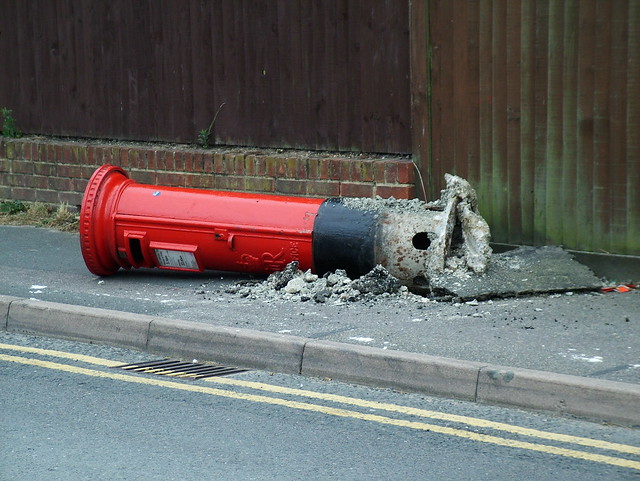 Is the sale of Royal Mail a symbol of our damaged democracy? (Image c/o kenjonbro on Flickr.)

Earlier this month, after several years of threats from both the Tories and Labour, the Royal Mail was finally privatised by the Coalition. Despite strong profits and a secure future (primarily due to the rise in internet shopping), the Coalition saw fit, without the permission of the general public who owned the service, to sell it off to wealthy investors. Not only was a publicly owned service sold off without the permission of the public, it has done so at huge cost as a result to the substantial under-valuing of shares in Royal Mail.

With privatisation comes a new set of priorities for the service. No longer is it answerable to the general public, instead it is answerable only to investors whose prime interest is a return on their investment (not on ensuring a quality service). And because it has moved into the private sector and is no longer answerable to the general public, it is not within its interests to act in an open and transparent manner, as it would be forced to do if it were publicly owned. If it doesn’t have to answer to the public, there is no reason for the public to know what it is doing. Which, in my view, highlights a substantial and serious problem with existing Freedom of Information legislation in the current, rapidly changing, environment.

It took many years for the UK government to (reluctantly of course) ‘embrace’ the principles of Freedom of Information. The UK has historically been one of the more secretive of the Western democracies (compare the attitude of our government to transparent governance to that of the United States for example) and, so far as governments across the ages have been concerned, the notion that the governed have a right to know what the governing are doing in their name has long by considered absurd. Even after the legislation was introduced, the governing class were less than enthusiastic about embracing basic principles of an open democracy and transparent governance.

Despite his rhetoric and claims that his would be the most transparent of governments, David Cameron’s government has generally followed the trend of its predecessors. There has been talk of transparency, and some piecemeal attempts to match rhetoric with words, but generally the government has viewed transparency legislation as an obstacle rather than as a conduit for good government. Perhaps this is unsurprising from a leader of a party that is perhaps the most secretive about the source of its funding. This reluctance to fully embrace transparency has been reflected in the actions of a number of ministers (Michael Gove and Andrew Lansley being two obvious examples), but also in his apparent zeal for public sector services being sold off to the private sector where they are free from scrutiny.

Cameron may argue that ‘profit’ is not a dirty word. In many respects, I would argue, it is the dirtiest of words. Dirty because the profit motive obstructs transparency and makes services less accountable to those that rely on them. Put profit into the equation and suddenly the waters are muddied. True transparency simply is not possible to the extent that is possible before the introduction of the profit motive. We see this in the shift of public sector services to the private sector. Whereas public sector services are subject to legislation enforcing a degree of transparency (although admittedly this legislation could be much improved – it is nonetheless, better than nothing at all), the private sector is free from such scrutiny, hiding behind their supposed need to protect profits.

Privatisation is, therefore, not only a sop to your political donors, it is also prevents proper scrutiny of a service. The transfer of Royal Mail, for example, means that the way it is run is, effectively, no business of the people who use the service. It is only the business of investors. If you have no investment in the service, you have no right to know how that service is being delivered. The drive to privatisation is not only a drive to take services out of public ownership, it is a drive away from transparency and towards secrecy. With every privatisation of state owned services, comes a move towards an increasingly secretive (dare I say totalitarian?) society in which you do not have a right to know about the services you use. In effect, we face reaching a point where Freedom of Information legislation is almost an irrelevance as it can no longer be effectively applied and no information of real value can be obtained from its use.

The only way to prevent the governing from eradicating what transparency we currently have (aside from demanding a reversal of previously undertaken privatisations), is to extend and strengthen existing Freedom of Information legislation. If we are to be serious about creating a transparent society, then these powers must be strengthened. If a private sector company is contracted to provide a service on behalf of the public sector, then it must be subject to the same transparency as if it were provided by the public sector. Of course, private companies will complain that opening themselves up will leave them at a competitive disadvantage, but if they wish to provide public services then that is the price they must pay. The concern of the general populace is not the profit margin of a private contractor but that the service provider can be held to account by the citizens who are most affected by the service they are providing.

For all of these reasons, I will be writing to my MP calling on him to support the call to extend Freedom of Information powers in the early day motion (613) tabled on Wednesday. The motion declares that:

…this House praises the Freedom of Information Act 2000 for the transparency and openness it has brought to the public sector and the public right of access of information held by central and local government and its agencies; notes that public services delivered by private companies are currently beyond the scope of the 2000 Act; further notes that, as growing amounts of public services are privatised, ever decreasing amounts of public spend are subject to freedom of information; and supports calls to extend the legislation so that public services contracted out to the private and third sector are covered by freedom of information legislation.

Whilst it is a relatively recent piece of legislation, Freedom of Information is a vital principle if we are to believe that the way we are governed should be transparent and open to scrutiny. An information society should expect nothing less than open information on the way services are provided, whether it be by the public sector or the private sector. A truly democratic state should ensure that all of its citizens have the means to ensure they are fully informed about the ways in which they are governed. Privatisation is not only the enemy of transparency and accountability, it is also the enemy of democracy and freedom.