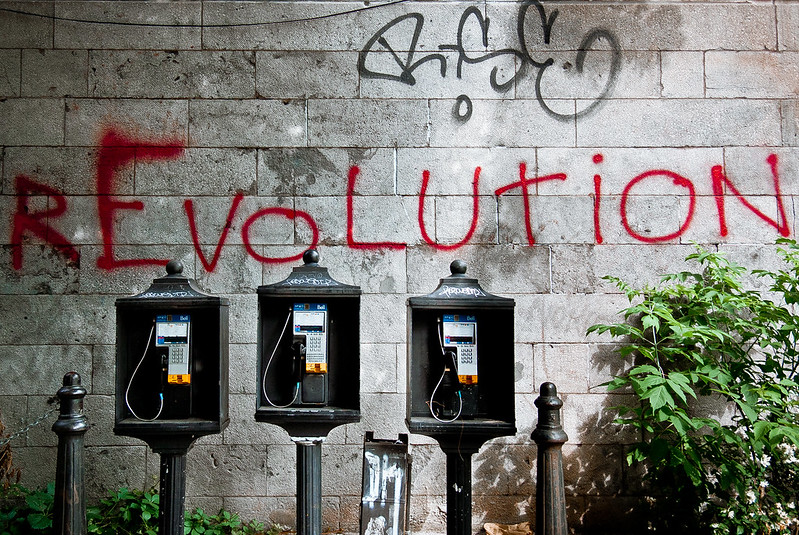 What constitutes extremism? Is it espousing views that threaten the lives of fellow citizens? Is it the performance of individual acts of violence? Is it merely holding views that are outside the mainstream? One person’s extremist is, after all, a moderate to others. Extremism is, to some degree, a subjective position. This hasn’t stopped, naturally, the Tory party seeking to define the boundaries of acceptable extremism. Which is, of course, hugely problematic on any number of levels.

Such an approach to extremism could be seen as part of an attempt to ‘nudge’ people to an acceptable (as defined by one party political mindset, with all the dangers that entails) range for public discourse. By defining what is an ‘acceptable extremist’, one is virtually determining the acceptable range of political thought. It is this acceptable range that the Tory party seem to be keen to ‘nudge’ people towards. (‘Nudge’ theory is, of course, a very illiberal perspective, setting out an ‘acceptable norm’ and then developing strategies to push people towards that acceptable norm.)

The theorists behind nudge theory (for more on this, see the end of the post) are certainly untroubled by its use to close down discussion and to water down entirely legitimate, non-mainstream opinion. In a piece on The Atlantic,  Evan Selinger explored the possibility of ‘nudging’ people towards civil engagement online using specialist software. Richard Thaler, one of the architects of ‘nudge’ theory, embraced the concept, tweeting: “A Nudge dream come true”. A dream come true for nudge advocates  perhaps, a nightmare for anyone who opposes any effort to narrow debate to a government approved ‘norm’. With such moves by the government to expand on its definition of terrorism, can we expect such ‘nudges’ in increasing areas of public debate and discussion?

This rush to define extremes has implications in terms of access to information. Information is, after all, a key factor in radicalising individuals. Expect, with such a policy as outlined by Theresa May, that this will come coupled with the shutting down of ‘extremist’ websites, as well as restrictions on public speech. As the terms of what is regarded ‘unacceptable extremism’ are extended, does this mean that literature on the fringes of mainstream thought may be susceptible to pressure to remove by the general public? Will books once considered ‘extremist’ yet ‘harmless’ suddenly be found to be unacceptable and unsuitable for public consumption? What would be the consequences of this shift in public perception of what is ‘extremist’?

Libraries are, of course, hugely important repositories of information. They contain written materials that are purchased free from political prejudice (to an extent, one might argue that the collections reflect a Western liberal, neo-classical economic model, rather than an entirely balanced political outlook – bit we’ve gone over this ground before). The bulwark against any kind of censorship of such materials are professional librarians. Any attempts to influence or control the purchase of collections would, one would hope, be met with stiff resistance by the profession (both individually and through the professional body). Whether such professional opposition would be successful is a different matter. It would not, however, go without being vehemently challenged. What would happen if professional librarians were stripped away and an alternative model for delivering library services was pursued. We may not have to wait long to discover the answer…

We already know that libraries are being hollowed out. Professional stuff are culled and replaced with volunteers (often forced to take on the role of amateur librarian because their council has threatened them to do it or lose the service – blackmail that is laughably painted as local people taking control of their services), libraries are increasingly falling into private hands, or the hands of local groups. What would be the consequence of government encouraging an environment where certain ideas are considered outside of the norm? Would this create a climate in local communities where certain ideas (and therefore resources) are unacceptable? Where a Trust is in place (an alternative that is becoming increasingly popular), would the Trust be able to resist pressure from the local community and stick to the principles of free and open access to information for all?  There is a particular additional problem for charitable trusts – that of being in any way openly political.

In recent years, charities have come under increasing pressure from central government regarding their political activities. Charities have been attacked by such senior political figures as Iain Duncan Smith, Eric Pickles and Chris Grayling. This has been followed by new legislation restricting campaign spending by charities during election periods. A charitable trust would, it appears, be vulnerable to any attempt by government to clamp down on ‘extremist’ (ie non-mainstream political) works that they hold within their collections.

Librarians should be able to resist such pressures (to an extent). So long as the pressure comes from local communities rather than the government (we’re unlikely to see the government calling for outright bans of books, at least it seems unlikely at present), librarians will be in a position to resist. However, information access in libraries isn’t just about books. A shift in what defines extremism (and therefore what is mainstream and ‘acceptable’) would have an impact in terms of internet use and filters employed online. This is where it becomes more difficult for librarians to have any say in ensuring equitable access to information.

This is a problem that will extend beyond public libraries, of course. Academic libraries also have to contend with the issue of internet filtering, often down to arbitrary decisions made with no recourse to the library itself. When what is considered ‘dangerous extremism’ is expanded, there is potential for universities to expand filtering of the internet to prevent dissemination of materials which the state has argued now falls under the definition of extremist. This raises huge questions in terms of access to information for academic study, as well as academic freedom and freedom of expression (something that universities should be at the forefront of, for the good of not just academia, but society in general).

As the government ‘nudges’ individuals towards a predetermined ‘norm’, so we face greater threats in terms of access to information and free expression. As public libraries face de-professionalisation, they become vulnerable to environmental shifts that are hostile to the core ethics of the professional librarian (ie the free and open exchange of information, without prejudice). This nudging towards a norm limits free expression, debate and access to information. The impact of nudging people towards this government approved norm extends beyond public libraries and towards higher education. Cynical efforts to create ‘acceptable’ terms of opinion and public discourse ultimately limits individual freedoms and threatens to restrict our exposure to non-mainstream ideas (with all the dangers that entails). The consequences of government ‘nudging’ us towards what it defines as civil engagement (with apparent due deference to our democratic system) will lead to greater censorship and a restriction on free expression. Not only does this threaten our individual liberties, but it is also a threat to the values that librarians seek to defend and consequently threatens the existence of any meaningful library service.

What is nudge theory? Nudge theory proposes that people can be subtly persuaded to change their behaviour by influencing the choices individuals make. The school cafeteria is an oft used example positing that if healthier food is placed at eye-level, individuals may be more likely to choose that over junk food, even though the junk food is readily available.

Who originated the theory? Nudge theory first came to prominence in the book Nudge, written by the behavioural economist Richard Thaler and Cass Sunstein, a legal scholar who acted as administrator of the Office of Information and Regulatory Affairs under Barack Obama.

Who have they influenced? Both David Cameron and George Osborne are big advocates of nudge theory. Whilst both are believers in the power of ‘nudge’, even they found some ideas proposed by behavioural economists a step too far, particularly in terms of healthcare (a proposal to move away from free healthcare by ‘nudging’ individuals caused even Cameron to re-asses his opinion).

It sounds a little problematic. What do critics say? Critics of ‘nudge’ theory argue that it is somewhat cynical, particularly as nudges can “infantilise individuals by taking away their moral maturity”. A psychologist named Gerd Gigerenzer, director of the Centre for Cognition and Adaptive Behaviour at the Max Planck institute in Berlin, has been one of the key (and persistent) critics of ‘nudge’. Gigerenzer argues that rather than manipulating people, they should be taught and given the tools to inform their decisions. Gigerenzer argues that ‘nudge’ theory frames people as “basically hopeless when it comes to understanding risk”. Gigerenzer takes a more optimistic view that provided with the information and the tools to understand it, people will make the ‘right’ choices. I tend to side with Gigerenzer rather than Thaler and Sunstein.

Why are behavioural economists viewed as having a better insight into human behaviour than psychologists? Good question.