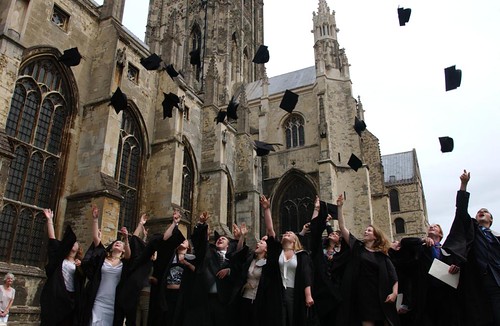 Note: Since writing this post, Ned has radically rewritten his post due to some people “misinterpreting” the original. Which is fair enough. It’s slightly annoying that now this post (and Rosie Hare’s excellent post – read it!) seems a bit odd (not least when I have quoted something that now no longer exists, which makes it look like I am fabricating elements of this post – I do have a copy of the original if anyone doubts me!), but I can’t control what other people do on their websites/blogs (nor would I want to!). It does raise some interesting ethical questions, but I can’t be bothered to pose them here to be quite frank. All I’ll add to the post below is that it emerged as a result of some discussion with a number of fellow professionals who raised more or less the same concerns. Indeed, I received a lot of supportive comments after publishing it. It’s not the kind of thing I normally like to get into on this blog as I’m not really interested in writing about issues that are somewhat inward looking professionally. But I thought there were some points that had a broader impact that was worth exploring. Anyway, I shall leave the post here as it is, regardless of the fact it now lacks context. I may, however, close the comments as it seems pointless to leave a thread open to a post that now appears devoid of context. That said, the crux of this post still holds true. I do think it would be a very worthwhile thing for new professionals, uni departments and professional bodies to have some discussion about the courses and whether there are opportunities to develop the programmes. So I guess on that level this post still has some relevance.

I read with interest Ned Potter’s post calling for new professionals to “create your own degree”. It’s fair to say, I think, that I agree with the question Ned poses, but I fundamentally disagree with the answer on a number of levels. Rather than write a comment on Ned’s post, and run the risk of being seen as just a contrary negative type, I thought I’d be better to outline my position in my own blog post (no-one wants blog post length comments on their site!). But first I’ll start with where I agree.

With the caveat that I have only experienced one course and have only heard the odd comment about other courses (so I’m not prepared to make any sweeping generalisations) it seems to me that possibly there is a need to rethink how the courses are structured in terms of content. In my experience, there wasn’t enough focus on social, political or ethical issues (aside from the Information Society module). But I also think there was too much focus on the ‘library’ aspect of the course rather than the ‘information’ part (it is called an MSc in Information and Library Studies after all – more on this later). Of course different people on different courses have different experiences, but if I could wave a magic wand, those are the elements I would boost up (as well as some of the new tech stuff of course). So yes, I agree that the question needs to be posed.

However, I think the framing of the ‘answer’ is particularly troubling in this current climate. In effect, it reinforces the idea that you don’t need a qualification to provide a library service, anyone can do it so long as they attend a few conferences and read a few books or articles. Place this in the context of public libraries, and you have quite possibly made Ed Vaizey’s argument for him. We don’t need professionally delivered library services because there is nothing a librarian can offer that Mr and Mrs Smith down the road can’t do. There are MOOCs they can do, articles they can read, they can pay to attend conferences. So seriously, what’s the point in qualified librarians having anything to do with the service? As someone who follows the issue of public libraries pretty closely, the logical conclusion of the “create your own degree” argument is troubling (it also smacks of a somewhat Conservative individual responsibility position).

They are, in any case, joining a profession which IS dying. It is shrinking and will continue to do so. When people ask me if they should become a librarian, I say no. I personally love it, but how can anyone, in all good conscience, recommend this profession in the current climate? It would be irresponsible to do so.

I don’t think the profession is dying. I think in many respects it’s expanding (there were no Freedom of Information officers before 2001 and Data Protection is becoming increasingly important). There may be fewer opportunities for ‘librarians’ but I would argue this is possibly not true for the information profession in general. So if someone asked me if they should become a librarian, I would not say no. I would say “think about what you can do with a LIS qualification other than a librarian, yet still utilising roughly the same skill set”. That, for me, would be the responsible position. Which brings me back to the design of the courses, it should be about taking a broader look at the profession, upping the ‘information’ aspect. That would then, I think, prepare people far better for a career in the information profession.

Finally, I have general social concerns regarding the belief that someone could spare the time (and expense) to construct their own course. I personally think this would lend itself particularly well to the middle classes, but less so to people of a working class background. You can, after all, get financial support for formal education whereas such support would not be available to attend expensive conferences. Indeed, who would have the funds to pay to attend a course, take a day off work, book accommodation etc etc? Not someone with limited funds. And certainly not if you were working in the private sector (I can well imagine what my boss back in my retail days would have said if I specified I needed a certain batch of days off to attend a conference – even if I could afford it). Cash poor are not necessarily time rich (in fact, I’d argue that they are not time rich at all).

So, I think I should throw down my own challenge. If you believe that someone who works full-time and has limited funds has the time to construct their own degree, I would argue that equally someone in a well-paid, professional post has the time to lobby for better degrees. If you, as an experienced qualified professional, believe the course is not up to scratch, I’d suggest the following:

Because if you think that someone has the time and money to construct their own degree, there is almost certainly no excuse for you not to do the four steps above. We either preach from a position of privilege or we act to bring about the changes that benefit us all. I know which I prefer.