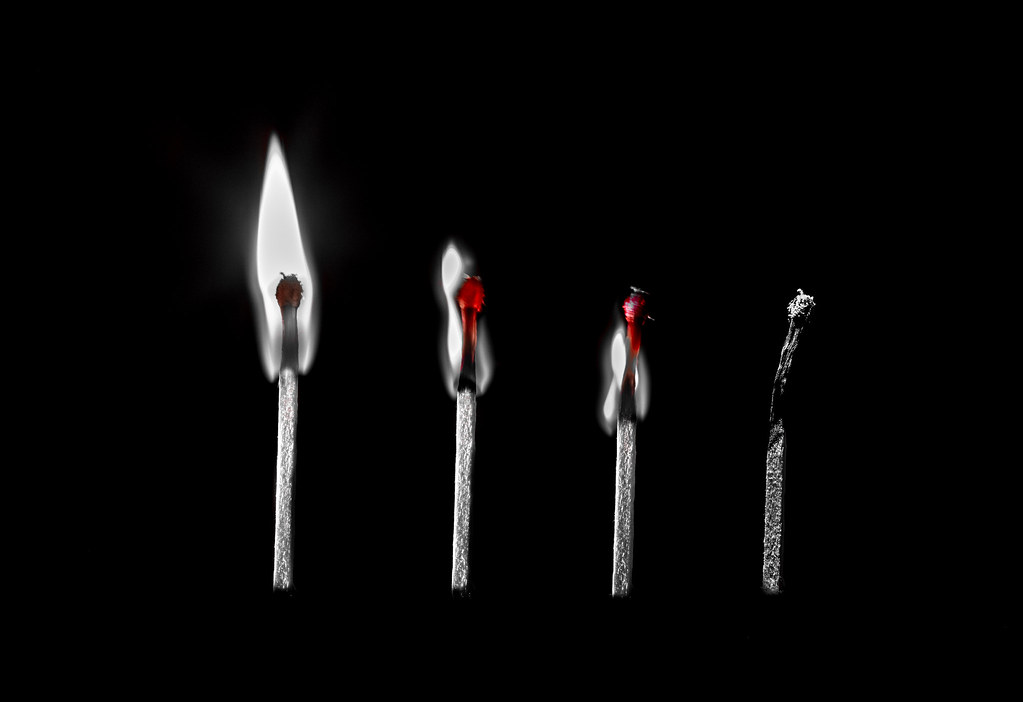 In the wake of both the EU referendum and the election of Trump in the United States, there has been a growing concern about the proliferation of “fake news” and the rise of post-truth politics. As William Davies puts it in The New York Times, facts are “losing their ability to support consensus” as we enter “an age of post-truth politics”. This kind of talk is, of course, catnip for library workers because it plays into certain narratives that have dominated the discourse in recent years, specifically the rising importance of information literacy.

Although I would not dismiss the importance of information literacy in terms of education and providing the tools individuals need to think critically about the information they find, we need to be careful not to overplay its effects. Alarmed as I am about the current political environment, I am not wholly convinced that raising the standard of information literacy in our communities will see our way through the rising white nationalist mood that has gripped Western democracies. Well, I’m not convinced at all. Certainly history suggests that a belief that if only people could better interpret the facts we could find our way out of this mess is misplaced.

One of the issues I have with the term “post-truth” is inherent in the phrase itself – that if the current situation represents post-truth, then the period before must therefore be characterised as one where truth was primary and dominated our political and social landscape. There is nothing unique about the notion that fact takes a back seat to narratives. It has been apparent in our politics, in our understanding of history and in our journalism for some time.

In his renowned work of historical theory, What is history?, Carr explores the role of “fact” in historical works. Carr writes:

“The facts speak only when the historian calls on them: it is he who decides to which facts to give the floor, and in what order or context…The belief in a hard core of historical facts existing objectively and independently of the interpretation of the historian is a preposterous fallacy…” (Carr, 1990, p.11-12)

He continues with regards to our understanding of 5th century BC Greece:

“Our picture has been preselected and predetermined for us, not so much by accident as by people who were consciously or unconsciously imbued with a particular view and thought the facts which supported that view worth preserving.” (Carr, 1990, p.13)

In essence, although fact has a place in the historical record, it is secondary to a particular narrative that the historian wishes to present. Our understanding of Greece, as Carr explains, is not strictly factual, the facts are secondary to the narrative the historian sets out. The narrative will contain fact (of course), but it will not primarily be factual. As Professor Barraclough (quoted in Carr) argued, historical narratives are “strictly speaking, not factual at all, but a series of accepted judgements” (p.14).

To a certain extent, Herman and Chomsky’s Manufacturing Consent comes to a similar conclusion about journalists. Much like the historian, the journalist applies filters and reinforces particular narratives, either consciously or unconsciously. In the book’s conclusion, the authors argue that:

“In contrast to the standard conception of the media as cantankerous, obstinate, and ubiquitous in their search for truth and their independence of authority, we have spelled out and applied a propaganda model that indeed sees the media as serving a ‘societal purpose,’ but not that of enabling the public to assert meaningful control over the political process by providing them with the information needed for the intelligent discharge of political responsibilities.” (Chomsky & Herman, 2008)

In the afterword to the 2008 edition of the text, the authors argue that the rise of technology, increased commercialisation and more competition for advertising revenues have resulted in:

“…more compromises on behalf of advertisers, including more friendly editorial policy, more product placements, more intrusive ads, more cautious news policy, a shrinkage in investigative reporting and greater dependence on wire service and public relations offerings, and a reduced willingness to challenge establishment positions and party lines. This has made for a diminished public sphere and facilitated media management by government and powerful corporate and other lobbying entities.” (Chomsky & Herman, 2008)

On the basis of the arguments of Carr, Herman and Chomsky it is clear that public discourse and debate is rarely informed by fact, rather it is informed by the narrative preferences of the individuals disseminating information (this also links in with Nietzschean philosophy – the one philosopher I am familiar with – who questioned the very notion of there being an “objective truth”). This was fine when the media landscape was relatively small-scale, it becomes a different matter when the landscape becomes a vast, unregulated space populated by individuals who reject the responsibilities that come with the narratives they disseminate.

Although Herman and Chomsky’s theory doesn’t exactly fit with the notion of “post-truth” politics, it does have some relevance here. The growing hand-wringing over “post-truth politics” by the mainstream media has been a handy weapon for them to utilise, and one that has helped to mask their own culpability for the current political and social crisis. Under the cover of “post-truth” the media are able to differentiate themselves from the vast swathe of media out there pushing alternative narratives that sit outside the mainstream of post-war public discourse, thus masking their culpability for our current environs.

As Herman and Chomsky have pointed out, the media do not have a good history when it comes to presenting facts or in being “ubiquitous in the search for truth”. Rather it has a history of presenting information that fails to challenge the status quo and rather than speaking out against power they are complicit in power structures and in reinforcing a very narrow economic perspective. This narrowing of public discourse and failure to challenge the orthodoxy has resulted in the media increasingly being seen as part of the political elite. They are no longer holding power to account, they are engaged in a symbiotic relationship where the two feed off each other, one reinforcing the other. When the media and the state become intertwined, loss of faith in the latter also results in a loss of faith in the former, because they have become virtually indistinguishable. Hence we find ourselves in a situation where even were the media to try to hold individuals like Farage and Trump to account, they will be ineffective. Because the media are simply extensions of the system that those individuals and their followers seek to tear down.

And this is ultimately the key. The problem is not information literacy. The problem is that there is a movement that seeks to tear the entire system down (for a variety of reasons – although primarily its source is racism). What we are encountering is not simply addressed by encouraging people to read more critically (although long term this strategy may help), it requires continuous and persistent challenging of those that seek to tear everything down. It’s this that we must consider when we think about how best to support our communities and tackle the threat that they are facing.

Earlier this year, Steve Bannon (appointed chief strategist for the Trump presidency) gave an interview to The Daily Beast where he declared that:

“Lenin wanted to destroy the state, and that’s my goal too. I want to bring everything crashing down, and destroy all of today’s establishment.”

Earlier in 2014, Trump himself declared that:

“You know what solves it? When the economy crashes, when the country goes to total hell and everything is a disaster. Then you’ll have a [chuckles], you know, you’ll have riots to go back to where we used to be when we were great.”

There are clear echoes here of the past. It’s very easy to fall back on Nazi Germany analogies, but here it seems appropriate. Now, as then, we are living in the aftermath of a substantial economic shock, one that has seen the poorest punished hardest whilst the wealthiest continue to prosper. Now, as then, people are turning to extremes for answers. As it was in the 1930s, it is the far-right that have prospered by blaming “the other” and profiting from a clearly stated desire to tear down the whole edifice. As Ian Kershaw, one of the leading historians on Nazi Germany, notes of this period in German history:

“Voters were not for the most part looking for a coherent programme, nor for limited reforms to government. Hitler’s party was attractive to them because it promised a radical new start by clearing out the old system entirely. The nazis did not want to amend what they depicted as moribund or rotten; they claimed they would eradicate it, and build a new Germany out of the ruins. They did not offer to defeat their opponents; they threatened to destroy them completely.” (Kershaw, 2015)

This is where we are in the West. Those that are turning to Trump (or to Farage) are not interested in “truth”, in “facts” or in critical thinking. They simply want to tear the whole thing down. They want to “drain the swamp”. To smash down the system that they feel has abandoned them and create something that puts their interests first. And where there are desperate people searching for someone to speak for them, there are those that are only too willing to exploit them. A defence against exploitation is not information literacy (although this doesn’t mean that we should abandon it, it is still a vital skill to encourage critical thinking). A defence against exploitation is the dismantling of capitalism, the real cause of people’s alienation and abandonment.

In terms of how we tackle this, I have no answers. I’m not going to sit here and bash out some glorious plan that will save us all and reverse the hell that we have allowed to be visited upon us (and let’s not kid ourselves, we have allowed this to happen). But my mind does turn to Orwell (as it often does) and his thoughts when reflecting upon the Spanish Civil War and the rise of fascism. In his essay, Looking back on the Spanish War, Orwell writes:

“One feature of the Nazi conquest of France was the astonishing defections amongst the intelligentsia. The intelligentsia are the people who squeal loudest against Fascism, and yet a respectable proportion of them collapse into defeatism when the pinch comes.” (Orwell, 2000)

The “pinch” has come. We must continue to “squeal” at every opportunity, we must not give them a moment, we must not for one second normalise a vile politics that seeks to divide and tear apart our communities. And we must not ever, no matter how difficult the fight, collapse into defeatism.