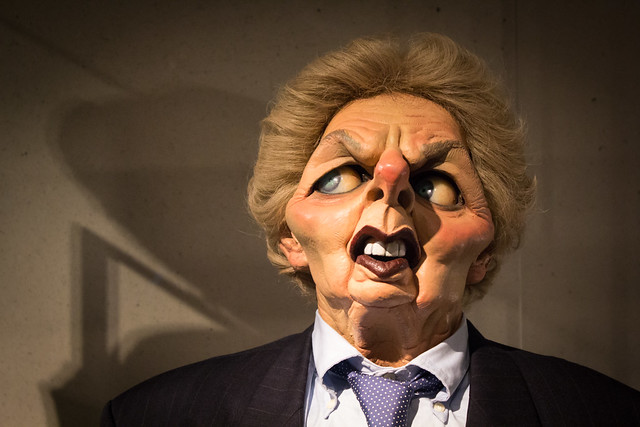 The end of the Second World War in 1945 saw not only an end to the global conflict, but also to the old economic order. The election of the first Labour government in the UK paved the way for a rejection of the economic policies practiced in the pre-war era, and the acceptance of a new model of economic governance – one based on a belief that government intervention in the economy is necessary to create stability and prosperity. However, this adoption of a new economic approach was not solely the preserve of the Labour party; it was also (broadly speaking) accepted by the Conservative Party in what became known as the post-war consensus.

From 1945 onwards, economic policies formulated by John Maynard Keynes were adopted by both the dominant political parties. There were, of course, tensions on the margins of both, but in the centre (where leadership tends to reside within political movements) there was a consensus that to ensure security and prosperity, the government of the day must adopt:

From 1945 to the late seventies, this consensus remained in place with both parties, to varying degrees, ensuring that Keynes’ economic theories remained at the forefront of government policy. This ultimately led to a great post-war boom and a far greater degree of income equality. However, this “consensus” was not without its tensions, with the right-wing increasingly dismissive of this economic consensus. In the mid to late seventies, these tensions finally burst to the surface and led to the termination of the Keynesian approach to managing the economy.

The election of Margaret Thatcher in 1979 led to the final breakdown of this post-war consensus (arguably this began with Callaghan’s government going to the IMF and obtaining a loan which came with a variety of conditions regarding the shrinking of the state). Having been largely dismissive of the post-war consensus and the restrictions it placed on corporate Britain, Thatcher launched a programme of (highly unpopular) reforms to the economy. Assets were sold off, old state industries were attacked and the post-war consensus which had at its heart the notion of the “citizen” and “society” was abandoned, explicitly rejecting the latter and embracing a renewed faith in freedom, choice and the power of the individual. The erosion of the “citizen” had begun, replaced with a belief that we are, effectively, no more than consumers and customers who must be unconstrained by the state in a truly free market economic system.

In 1983, Thatcher underlined this break from the post-war consensus when she gave a speech to the young Conservatives. Mocking the Opposition, Thatcher asked delegates:

(The answer from the delegates was, of course, “no”.)

She went on to add:

“Well, in the old days perhaps. But not now. For they are the party of yesterday. And tomorrow is ours.

“We are all here to state our faith in Britain’s future and our determination to keep her strong and free.”

Whilst this was clearly an attack on Labour, it also signified that, under her premiership, the post-war consensus was dead. It was as much a message to her own side as to the opposition. When she refers to “the party of yesterday” she means a party wedded to the post-war consensus, as Labour remained in the early 80s. When she says “tomorrow is ours” she doesn’t just mean the Conservative Party, she means supporters of her particular brand of conservatism. The “tomorrow” evoked is, clearly, a Thatcherite vision and it is the Thatcherite vision of society that will, in her belief, endure. Indeed, as her next sentence makes clear, not only will it endure but it will be fundamental to a “strong and free” future. This vision was part of the overall belief pushed by her administration that “There Is No Alternative” (TINA). The only path to prosperity is the Thatcherite path; there are no other viable options (and certainly the ‘old’ approach was not to be considered viable).

For Thatcher, the only path to ensure security and prosperity was a shrinking of the state and an adherence to free market economics, influenced by figures such as Milton Friedman and Friedrich Hayek. After the economic shock of the 70s and the subsequent IMF bailout, the only way to ensure the country was secure and remained one of the world’s leading economies was to fully embrace the free market, unencumbered by state interference (as they saw it). There was, as far as Thatcher and her supporters were concerned, no alternative. The alternative that was envisioned by Labour was considered archaic, a remnant from a previous age, alien to the realities of the modern world. A rejection of the Thatcherite path was considered a danger to the UK, a manifesto for instability and self-destruction. As far as Thatcher and her supporters were concerned, the monetarist counter-revolution influenced by Friedman’s economic ideas was essential to overturn the Keynesian orthodoxy that had existed in the post-war period.

TINA has become so deeply ingrained in our society that the Thatcherite ideology has percolated its way throughout our social and political life. We saw, with the emergence of Tony Blair, that even the Labour party cast aside any remaining adherence to the post-war consensus and accepted broad swathes of Thatcherite policy, dispensing with any remaining notion that they could in any way be considered a party of the socialist left. Under Blair, the party adopted the mantra of the free market and trumpeted its ‘values’, ushering in a new era of corporate influence of state infrastructure (see the infamous “Clause 4 Moment”). It now seems barely possible to consider alternatives (say, for example, the raft of policies that were accepted as part of the post-war consensus) without being painted as either a dinosaur from an earlier age, or a dangerous radical. What was once an accepted position across the political establishment, part of a broad consensus, has become either ‘radical’ or old-fashioned.

This market orientated doctrine has infiltrated all of our public services and is having a damaging impact upon professions. We have seen, as free market ideas have infiltrated public services, a growth of commercial, corporate language within the public sector. We have seen this in the rise of the use of terms such as “customer” and “marketing” in areas where they once had no place. Our language has become corrupted, commercialised in a way that wasn’t conceivable pre-Thatcher. Whereas once the rhetoric was about citizens and their rights, now it’s about consumers and their choices. This has become so deeply ingrained that rejecting the language of the market is considered backward or dangerous.

We have seen this within librarianship. We have had our own TINA moment. The embrace of consumerist language is, as Thatcher’s ideology always insisted, the only game in town. Increasingly we are led to believe that we have to adopt both the language and the approach of the market to ensure our security and prosperity. For example, in a document entitled “What Makes A Good Library Service”, CILIP (the professional body for library and information professionals) advised that for a service to be considered “good”:

Staff should be helpful, knowledgeable, welcoming and well-trained. They should be involved in a workforce development programme. Staff in front line customer service roles should be supported by specialists in service planning and promotion, leadership and management, and those areas of service delivery requiring specialist skills and expertise.

In 2010, the now defunct Museum, Libraries and Archives Council (MLA) published a practitioner guidance document called “What do the public want from libraries”. The document contains 31 references to customers. One section, “Expanding the offer – target genuine customer needs, don’t squeeze out books… just add coffee”, advised (with fairly clear implications if not adopted):

Coffee bars should be seriously considered by all libraries who don’t have one already. As well as driving up visitor numbers they can generate income and are an opportunity to build links with a local business.

The Society of Chief Librarians recently trumpeted additional funding from Arts Council England (ACE) by claiming it would be used “locally in areas critical to customers’ lives and well being”. And ACE, recently given the task of overseeing libraries following the disbanding of the MLA, worked with Locality over a six month period last year to:

“…explore existing good practice and assess the potential to further enable income generation to support and enhance as well as to improve the overall resilience and sustainability of library services.”

Again, income generation (whereby citizens become customers) is seen as essential for “resilience and sustainability” (much as Thatcher’s reforms were supposedly, as her supporters presented it, crucial for the resilience and sustainability of the UK econonmy). The consumerist narrative that is a crucial foundation of current economic and political orthodoxy, has become central to the survival of public libraries. The implication of the work between the Arts Council and Locality being that without this “income generation” the future of library services is under threat (there is no alternative.)

Our need to accept this terminology is pushed at us from both within and without the profession. Its use by official bodies (particularly bodies representing the profession) normalises it. The shift to market-orientated approaches that has emerged since the counter-revolution has infiltrated not only our public services, but our professions. The only viable way forward, so it seems, is to accept this reality and orientate our services to ensure a degree of customer services excellence. If we don’t, we risk the stability and long-term future of the service. We are, as the country was in the mid-70s, at a point of crisis. Salvation will come by adopting the language and structures of those that prosper within the free market.

Of course there are alternatives. We can ensure the survival and prosperity of both the profession and libraries in general through alternatives to market-orientated rhetoric, just as there are alternatives to liberalised free market economies (see Syriza’s rejection of the austerity orthodoxy).  There is a very real danger that we could find ourselves boxed-in, only seeing solutions that have their roots in the market. We wouldn’t be the first profession to make this mistake. Economists themselves made the mistake of believing that the free market, unencumbered by the stabilisation of the state that Keynes advocated, would provide the answers to our economic woes and bring prosperity and stability. As the past seven years have demonstrated, they have been proved utterly wrong. As economist Paul Krugman notes, “Keynesian economics remains the best framework we have for making sense of recessions and depressions.” Economists made a mistake in rejecting alternatives because it believed in the market, we’d do well not to make the same mistake.