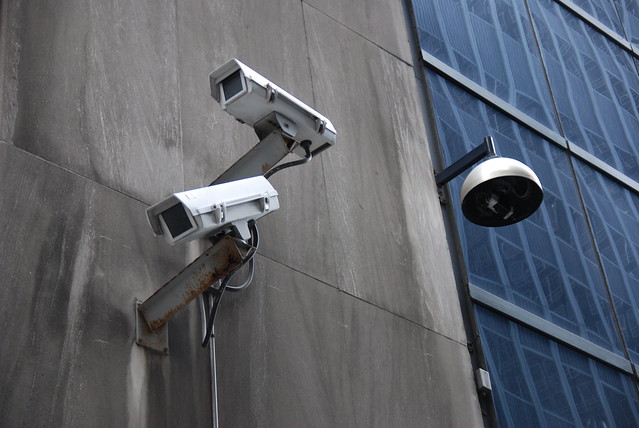 Yesterday was a big day in terms of transparency, democracy and information rights. After months of criticism for the way in which it has been loaded to discriminate in favour of curbing Freedom of Information legislation, the Independent Commission on Freedom of Information published their findings, followed by publication of the government’s response. On top of all this, the government published its revised Investigatory Powers Bill (or “Snooper’s Charter”). In terms of the information flow between state and the individual, these two developments couldn’t be more important. The question is, to what extent is the information flow weighted in favour of citizens rather than the state? A question to which the answer is, I think, obvious to anyone with even the vaguest grasp of the history of the British state.

Given the sheer size of the debate and discussion in these two areas, I thought I’d bang all this together in one post, but split it up into two many themes: Information From Them and Information FOR Them. Seems to me that both these areas say a lot about where we are as a country, and I think such a distinction further emphasises the current state of play.

The FoI commission may have found that there is no case for new legislation with respect to the Act (meaning no substantial changes to how it operates), but this does not mean that it won’t continue to have serious limitations. The Act itself is imperfect as it stands now (and the increased outsourcing of public services to the private sector further limits its scope), and it’s not clear to what extent the government will use the findings of the Commission to come up with new and innovative ways to further restrict its impact. As Maurice Frankel, director of the Campaign for FoI, notes, rather than changes to the legislation it “could be that they are now possibly talking about various forms of guidance”.

For the government, the FoI Act has a very narrow appeal. It’s less about creating a culture of full transparency across government, both nationally and regionally, and more about beating the drum for value and efficiency. The Freedom of Information Act is more than just providing citizens with access to information on how taxpayers’ money is spent, it’s about holding politicians to account, ensuring that that all of their decisions are subject to scrutiny, not merely about how money is spent. This narrow perspective is still very much central to the government’s thinking, as evidenced by Matt Hancock’s statement in response to the findings:

“We will not make any legal changes to FoI. We will spread transparency throughout public services, making sure all public bodies routinely publish details of senior pay and perks. After all, taxpayers should know if their money is funding a company car or a big pay off.”

For the Conservatives, it makes sense that this is the extent of their endorsement of transparency. Spending taxpayers’ money plays directly into their narrative of difficult economic conditions that warrant the rolling back of public spending. Ensuring a focus on FoI as purely a mechanism to monitor local government spending shifts the emphasis and, ultimately, sends a message about how they view FoI. It’s not about transparency, or holding politicians to account. It is purely and simply about being a stick with which members of the public can beat local government profligacy.

One recommendation that is worth noting is the position regarding the “Cabinet veto”. The Commission recommended that:

“…the government legislates to clarify beyond doubt that it does have this power. We recommend that the veto should be exercisable where the executive takes a different view of the public interest in release, and that the power is exercisable to overturn a decision of the IC. We recommend that in cases where the IC upholds a decision of the public authority, the executive has the power to issue a ‘confirmatory’ veto with the effect that appeal routes would fall away, and any challenge would instead be by way of judicial review of that veto in the High Court.”

Although the government have decided that the veto will only be deployed “after an Information Commissioner decision”, the Minister’s statement adds that so long as this approach proves “effective”, legislation will not be brought forward “at this stage”. This is, to say the least, disappointing. As has been noted before, the veto simply acts as a way for ministers to avoid embarrassment (see the Prince Charles letters for example). Of course concerns about this particular aspect need to be considered in the context of the fact that the worst case scenario regarding Freedom of Information has not come to pass, but the phrase “at this stage” should put us all on alert regarding the government’s intentions.

That said, contrast the government’s position on freedom of information (where openness comes with caveats) with their position on surveillance (where caveats barely seem to exist)…

Following a number of critical reports about its Investigatory Powers Bill, the Home Office yesterday put forward revised draft legislation seeking to, in their words, “reflect the majority of the recommendations” from these reports. The reality is quite different, and very troubling on a number of levels, not least because of the intention to rush this bill through parliament at a time where other stories with substantial ramifications are dominating the news cycle (the intention seems to be to rush it through before DRIPA expires at the end of the year).

What of the proposals themselves? Well, they don’t make for comforting reading if you care about individual liberty and intellectual privacy. Despite criticism that the initial draft lacked any sense that privacy was to form the backbone of the legislation, the only change in this respect has been to add the word “privacy” to the heading for Part 1 (“General Protections” becomes “General Privacy Protections”). This tells you all you need to know about how the government views privacy. It’s a minor concern when compared to the apparent desire to engage in mass surveillance.

The Bill proposes that police forces will be able to access all web browsing records and hack into phones, servers and computers. Although the Home Office later claimed that hacking powers date from the 1997 Police Act and would only be used in “exceptional circumstances”, when giving evidence to the scrutiny committee, Det Supt Paul Hudson noted that these powers were used “in the majority of serious crime cases”. Needless to say, he refused to provide any further detail on the record. But there does appear to be a shift here from the police being able to view any illegal sites you have visited, to enabling them to view any website you visit.

In terms of encryption technologies (the bête noire of Western democracies hostile to privacy), there has been some clarity and yet there also seems to be somewhat of a loophole that could prove advantageous to those who know what tools to use to ensure their intellectual privacy. In the government’s response to pre-legislative scrutiny it advises:

“The revised Bill makes clear that obligations to remove encryption from communications only relate to electronic protections that have been applied by, or on behalf of, the company on whom the obligation has been placed and / or where the company is removing encryption for their own business purposes.”

The implication here seems pretty clear: to ensure you provide sufficiently strong encryption technologies, move towards encryption that you do not control, rather than those you do. If you don’t control it, you cannot remove it. I suspect the net consequence of this will be a muddying of the waters for those who wish to protect their intellectual privacy. It is already difficult to differentiate between which encryption tools truly protect you from mass surveillance, and which arguably do not (consequence being a new manifestation of the digital divide). Being able to differentiate between which tools do control the encryption placed on communications and which tools do not will undeniably require a degree of social capital that not everyone has the privilege to possess.

There are many significant concerns regarding this draft bill, many of which would take a huge blog post to cover…and I’ve not even read the full bill and accompanying documents yet. Rather than hit the 2,000 word mark, I’ve put together a list of key resources below. As librarians and information professionals we need to be on top of this. Defending the intellectual privacy of our users (whether that be in schools, public libraries, further or higher education) is a fundamental ethical concern. We need to take whatever steps we can to ensure we advance privacy, ensure the protection of digital rights and reject the monitoring and/or collection of users’ personal data that would compromise such privacy.

One thing I will add is that the combination of these two developments speaks volumes about the nature and transparency of government and in the United Kingdom. It is far less about ensuring a democratic system by which elected officials can be held to account, and far more about treating citizens with suspicion and thus undermining the democratic process. Given these circumstances, it is difficult to conclude that we live in a fully functioning democracy. When the state is entitled to more information about us than we are about them, there is no democracy.

Investigatory Powers Bill – How To Make It Fit-For-Purpose

Campaign for Freedom of Information statement