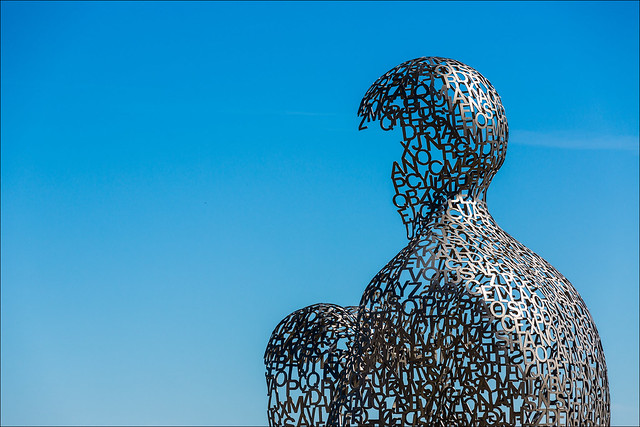 Recently I attended the 2015 Lilac conference at Newcastle University. At some point I’ll write about this a bit more on my other blog, but something occurred to me whilst I was there and it got me thinking about the process of language in public (and in this case, professional) discourse. Specifically, I got to thinking about how frequently the term “neoliberal” had come up, which seemed at odds with the things I had been hearing from people who have been to such conferences in the past (this was only my second such conference).

Upon reflection, I came to the conclusion that there is a very specific journey in terms of radical language and how it is processed in a professional context. I ultimately narrowed it down to five steps in terms of the journey of the term “radical librarian”, although admittedly I am not entirely happy with some of the terminology here:

Hidden – Virtually non-existent in professional discourse.
Ridiculed/Dismissed – Where the language emerges but the majority reject it or ridicule it.
Recognition – When it is clear a new perspective is emerging and then starts to enter the discourse.
Shift in Outlook – When the language and ideas start to shape perspectives.
Embedded – When it becomes a natural state of thinking (I’m not happy with this particular terminology actually, so I’m open – as always – to critiques/suggestions etc).

I see the Recognition stage as particularly crucial. It is at this point, after the language has emerged, that it is most susceptible to corruption and co-option. Once it becomes a thing that people are talking about, there is a danger that it begins to be seen as “a cool thing”, a thing that can enhance reputations or raise profiles rather than a thing that challenges the status quo. I see this stage as particularly dangerous if the ethos of “radical librarianship” is to remain true to itself. As the terminology emerges from the ridiculed dismissed stage, it becomes a term that some can use to differentiate themselves and enables them to be seen as visionary/alternative/leaders, capturers of the zeitgeist. This co-option waters down and weakens the radical baggage that comes with the term, turning it into something mainstream and non-radical. So, I’d argue that this shift from “dismissed” to “recognised” is very dangerous for those with a radical perspective.

The key, I believe, in maintaining the purity of the radical ideas expressed through language is to keep building radical infrastructure throughout the above language process. It’s important for radicals to keep building, to be strong and determined throughout every stage of the journey of the language. They must not be afraid to push forward when it is hidden, nor be cowed into abandoning it when they are ridiculed or dismissed. Likewise, when the recognition stage is reached, it is vital to ensure infrastructure is continually built and built openly and quickly. This would, in my mind, manifest itself in the continual growth of Radical Librarian Collective gatherings, in the further development of the journal and the various other means by which we communicate radical ideas.

I think that the process of continually building this infrastructure can undermine any attempts by the mainstream to weaken and undermine radicalism, for how can their co-option take root if authentic radical ideas are being built in parallel? How can they portray themselves successfully as radical, when it is clear that their ideas are not nearly as radical as they suggest? Rather than their ideas undermining radicalism, radicalism undermines their co-option.

It then follows if we successfully negotiate the recognition step, to continue to remain true to radical ideas, we can successfully shift outlook to a more radical perspective (rather than the mainstream, watered down variant). Once we shift outlook, we can reach a point where the radical ideas take hold and become the default as opposed to the position it held during the hidden/dismissed stages where it was marginalised. But the key is to keep building foundations, keep building infrastructure…if we stop, then we risk the danger of the recognition stage going against our favour and resulting in a perverted radicalism that serves to line pockets rather than engender real change.

As I said, these are very rough ideas that I’ve sketched out from what I have noticed in the professional discourse. I am not overly happy with some of the terminology I’ve used to describe the process as I see it (I’m unconvinced “Embedded” is a term that I believe aptly describes the final step that I envisage). But I would be interested to hear how others view this process and whether this holds true for them, or whether they have a different perspective.