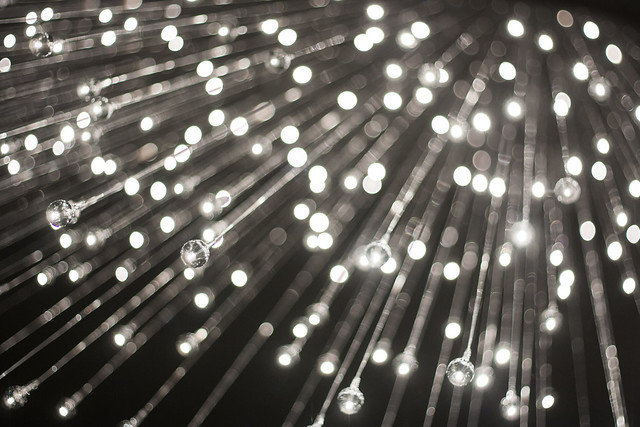 During the last parliament, the Coalition government introduced a number of changes to the benefits system, one of the key changes for the unemployed was the introduction of Universal Jobmatch and the requirement to use the service to seek employment. The problems with this service were obvious (to all apart from the government it appeared). Despite the perception that we are all online in this digital world, there remains a significant proportion of the population that have either never been online or do not have internet access at home.

The latest figures by the Office for National Statistics (ONS) underline that despite a decline in numbers of people that have never used the internet (down 1% to 5.9m people in total), lack of connectivity remains a significant hurdle for a sizeable proportion of the working age population. Whilst there has been positive talk in the media about the steady decline of those that have never been online (whilst noting with some surprise that even in this day and age there are people who have never opened a web browser), there has been little exploration of the impact this divide has in terms of government policy (Sky hints at it in their sub-headline – “despite the internet being a key part of everyday life” but doesn’t go beyond that).

According to the estimates provided by the ONS, approximately 1.4m people of working age have never used the internet (ie people aged from 16-64). Although the figures are not available with regard to internet access within the home, we can safely assume that there are more than 1.4m people of working age that do not have an internet connection at home. That said, the ONS does report that around 1.1m people overall last used the internet more than three months ago which would lead us to estimate approximately 6-7m do not have internet access at home. We’re probably getting on for nearly 2m people of working age that do not have the internet at home (although that’s a guess based on the available data, rather than evidence based). How many of those are also currently unemployed is difficult to say as the ONS report doesn’t provide this level of data.

Percentage of people that have never used the internet by age.

Furthermore, the figures are particularly stark when it comes to disabled people. According to ONS estimates, 3m people “who self-assess that they have a disability in line with the Equality Act definition of disability” (to use the ONS terms) have never used the internet – approximately 27% of disabled adults. Furthermore, of the 1.1m who had last used the internet more than three months ago, 0.5m were disabled adults. For the 16-24 age bracket, 95% were recent users of the internet compared to 99% for non-disabled users.

The estimates for both those of working age and disabled people underlines the difficulties many will suffer due to government policy towards benefits and unemployment. Both those that have never used the internet and those who do not have access at home face significant barriers in terms of seeking employment. They are at a disadvantage anyway due to the increasing expectation by employers that applications will be submitted online, the government’s reinforcement of this by requiring the use of Universal Jobmatch simply exacerbates the problem. That the areas where the numbers of people that have never accessed the internet also tend to be areas of the country with high unemployment simply underlines the difficulties many will face.

According to the ONS, the ten regions with the highest proportion of the population that have never accessed the internet are:

The regions with the lowest proportion of people who have never used the internet:

It hardly comes as a great surprise to see southern counties with a low proportion of people that have never used the internet, whilst the north has significantly higher proportions in some cases (there’s an 8.5% difference between Berkshire et al and Lincolnshire for example). It’s also not surprising to discover that the areas with high levels of non-internet use also seem to match up with areas of high unemployment.

The most recent statistics for unemployment provided by the ONS aren’t broken down in quite the same way as the figures for internet use, rather than counties they are broken down by region:

Although it’s hard to draw substantive conclusions with data pulled from two distinct datasets, it does seem that areas of high unemployment coincide with areas where higher numbers of people have never been online. More investigation would need to be conducted to see exactly what proportion of those that have never used the internet in areas of high unemployment are unemployed (or in employment with limited job security – eg zero hours contracts). That said, it’s highly likely that those 1.4m people of working age that have never used the internet are in a particularly troublesome position. With an increasing demand to use the internet to seek employment, those 1.4m are clearly disadvantaged as they do not have the skills or access enjoyed by those that are online. Without a level playing field in terms of internet access, many of them will find it difficult to obtain secure long-term employment.

It’s also worth noting that within those areas of high unemployment and relatively high numbers of people that have never been online, public libraries provide an absolutely crucial service. By providing free internet access and trained members of staff that can provide the support required, they can make a huge difference in closing the digital divide for the 1.4m of working age that have never been online. Without a public library in which they can access the internet, it is difficult to see how those who are unemployed can get online and seek work. In the areas of high unemployment listed above, the public library will be a vital service in terms of getting individuals back into work. Any library closures in these areas will hit the unemployed particularly hard.

Unfortunately, with a mandate to further pursue a programme based on voodoo economics (ie “austerity”), it is hard to believe that libraries won’t be hit hard over the coming five years. However, you cannot both cut funding to statutory services (like public libraries) and expect to reach “full employment”, because those statutory services will be the mechanism by which people get into work because they do level the playing field, ensuring “opportunity for all”. As cuts to funding accelerate over the coming years, it seems fair to say that the consequence of the digital divide will be increasingly grim for the unemployed as support services are stripped right back, leading to increasing numbers of sanctions and, quite possibly, an ever growing demand for food banks. The consequences of the digital divide during a period of austerity are clear: precarious employment, poverty (in employment as well as for the unemployed) and a “recovery” that seems even further away than it did in 2010.