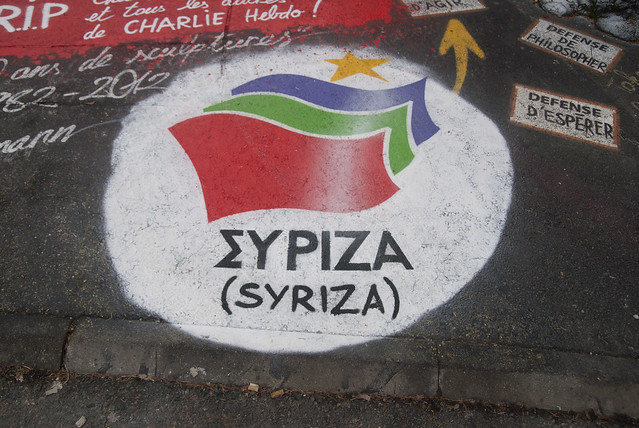 It’s difficult not to get carried away with the victory of Syriza in the Greek elections. Their partnership with the Independent Greeks is likely to result in some inevitable disappointment following the heightened expectation that has come with the rise of a new (and much needed) political force in Europe. Besides, putting your faith in any political party making good on its promises is to be at best somewhat naive. That said, a party standing in the UK on the same platform as Syriza would undoubtedly get my vote and so I am pretty pleased that, despite all the odds, they have secured victory in the election. Not only secured victory, but done so by challenging the narrative.

Personally, I think there is a lot to learn and a lot of confidence to take from the experience of Syriza. It demonstrates that no matter how skewed the narrative is, no matter how engrained the dominant ideology, it can still be challenged and it can still be overcome. Despite the dominant ideology and the continent-wide acceptance of austerity as the necessary path out of the economic crisis, and despite the threats of the elites aimed at the Greek voters, a challenge to the orthodoxy has been successful. It is, after all, possible to create a compelling alternative to the dominant ideology. The successful challenge to the narrative is something that should give us all hope that the paradigm (in whatever context) can be shifted. In every field touched by the rhetoric of neoliberalism (from governance to public services), we are told there is no alternative. Now we know that not only is it possible to build an alternative narrative, but that it is also possible to pursue a different path. We should remember this every time the cynics tell us there is no choice, that neoliberalism and the metamorphosis of citizens into customers is the only viable option. If we are bold, imaginative and truly radical we can create something distinct and alternative. The lesson of Syriza is that, with prolonged chipping away of the edifice, an alternative is possible.