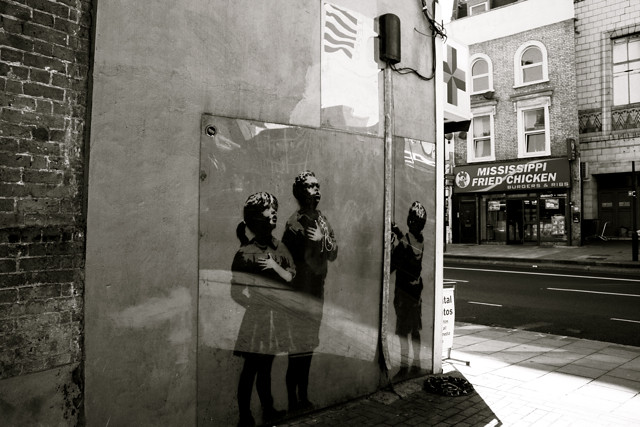 As you might imagine, I’ve come across many, many daft ideas regarding how public library services should be provided in future. However, I think this is possibly the worst suggestion yet, and one that makes me think even volunteer run libraries might be preferable. Darren Jones, a parliamentary candidate for Bristol North West has made the following suggestion in a letter to the chief executives of Tesco, Asda, Sainsbury’s and Morrisons :

…in Bristol North West there is a significant number of residents with no access to a computer and/or the internet. There is also a significant percentage of older people, who may not have the skills or understanding to access such services. With the ongoing move to digital services it is vital that we tackle this challenge.

This is why I am writing to you today. Online shopping is increasingly popular. Many high streets in Bristol North West are crying out for increased supermarket based competition. Our libraries are in need of investment.

As one of the big six supermarkets you are well placed to help meet this need. By investing in IT equipment and training you could help a significant number of residents in Bristol get online, in modernised digital community hubs (formally known as libraries) undertaking grocery shopping online.

It’s difficult to know where exactly where to begin with this. Of course, commercial interests should have absolutely no involvement in the provision of library services. It risks undermining their very purpose (ie neutral spaces providing access to information). Once they come under commercial influence, the position of the library is compromised. How do we know that, particularly if the large supermarkets are providing “IT equipment and training” that they aren’t also filtering and leading library users down certain paths where they are the beneficiary? And what of all the information these corporations would collect on individuals? Would they be aware of the data they are giving away so that they can use a Tesco sponsored computer in a library part-funded by the supermarket giant? And as for the training itself, this is similar to that which is provided by Barclay’s of course. But which is preferable? A representative from a commercial party training an individual in how to use the internet, or properly trained and remunerated library staff guided by professionals?

No commercial enterprise will stump up the cash for equipment without some sort of return and in this case they certainly will not. The proposals would, in essence, make the library service a cash cow for the big supermarkets. This is not what libraries are about. They are not about lining the pockets of large corporations, bringing them new customers to boost profits. In terms of internet provision and ‘training’, they are there to help support them in terms of education, financial well-being and providing them with the tools with which to engage in society as informed and engaged citizens.

There is no place for commercial interests in our public library system. It compromises libraries and it makes them no better than profit generators for corporations who are already sucking up vast sums of money from the taxpayer with little return. The very last thing we should be doing is allowing them to turn libraries effectively into their satellites, acting as another driver for profit. About the only thing Jones got spot on was his proposal to re-name libraries:

By investing in IT equipment and training you could help a significant number of residents in Bristol get online, in modernised digital community hubs (formally known as libraries) undertaking grocery shopping online.

Because there is no way you could possibly describe the service proposed by Jones as ‘libraries’. They would be anything but.