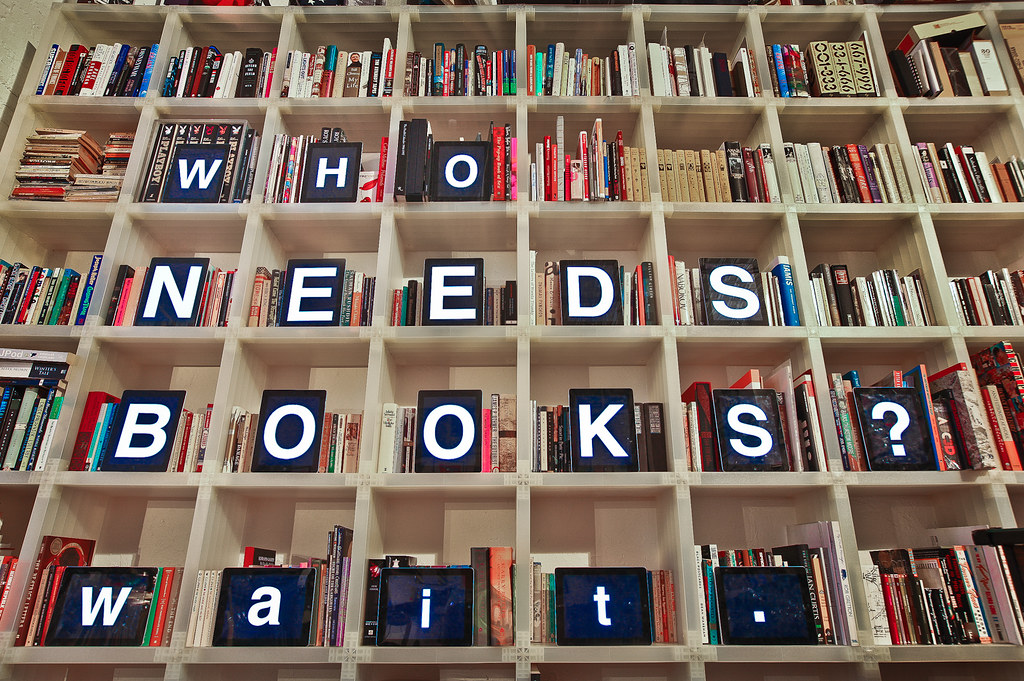 There was a flurry of tweets and comments this morning in relation to the media coverage of a survey commissioned by the Booktrust on the reading habits of 1,500 adults across England. The Guardian claimed that:

New research shows a stark and “worrying” cultural divide in the UK when it comes to reading, with half the country picking up a book at least once a week for pleasure, and 45% preferring television.

The BBC headlined their piece:

England ‘divided into readers and watchers’

The problem is, the much of the media coverage has been a little confusing. Take this section from The Guardian’s piece:

The England-wide survey of the reading habits of 1,500 adults by the University of Sheffield says that on average, the higher the socio-economic group that someone is in, the more often they read: 27% of DEs never read books themselves, compared with 13% of ABs, while 62% of ABs read daily or weekly, compared with 42% of DEs. Reading charity Booktrust, which commissioned the research, believes its findings should serve as a warning that “Britain’s divided reading culture is a barrier to social mobility”.

This is where I started to question the survey and its reporting. One minute the Guardian claims it reveals how often people read, the next it talks about books. It hardly needs spelling out, but reading does not necessarily equate to reading books.

According to the reporting of this survey’s results, I could read the Guardian (or the BBC) online every day without ever touching a book and yet I would not be considered a ‘reader’. Indeed, I would be considered a ‘watcher’ who would rather watch TV than read. But if I am reading the Guardian’s website on a daily basis, surely that makes me a ‘reader’? Likewise, if I read a magazine, a newspaper or content on any other website, that would also make me a ‘reader’. But according to the reporting of this survey, I am not a reader which seems a bit odd given that I regularly, well, read.

I would guess that, in reality, very few people do not read at all. Of course there are those who cannot read or experience difficulties trying to read, but even then I would imagine the proportion is relatively small. Drawing wide-ranging conclusions and drawing a class division based on the reading of books specifically (and I know people who read but don’t read books) is, in my view, a little simplistic to say the least.

This is not to say that I don’t think there is possibly a problem here that needs addressing. We should certainly be encouraging the reading of books in all their forms, particularly in encouraging children to learn to read. However, as Christopher Warren points out, the report also focuses on book purchasing and does not consider books borrowed from public libraries. This also rather skews the results as it makes the obvious point that those with money buy more books.

So, is there a class divide in reading? Maybe, maybe not. There’s currently no hard evidence to suggest that this is the case, and this survey certainly doesn’t address that particular point. It’s misleading to define reading solely as ‘reading a book’ and it is equally misleading to only draw conclusions based on book buying and not incorporate book borrowing. Despite the media headlines, there is very little to get too worked up about here, other than the media headlines themselves.