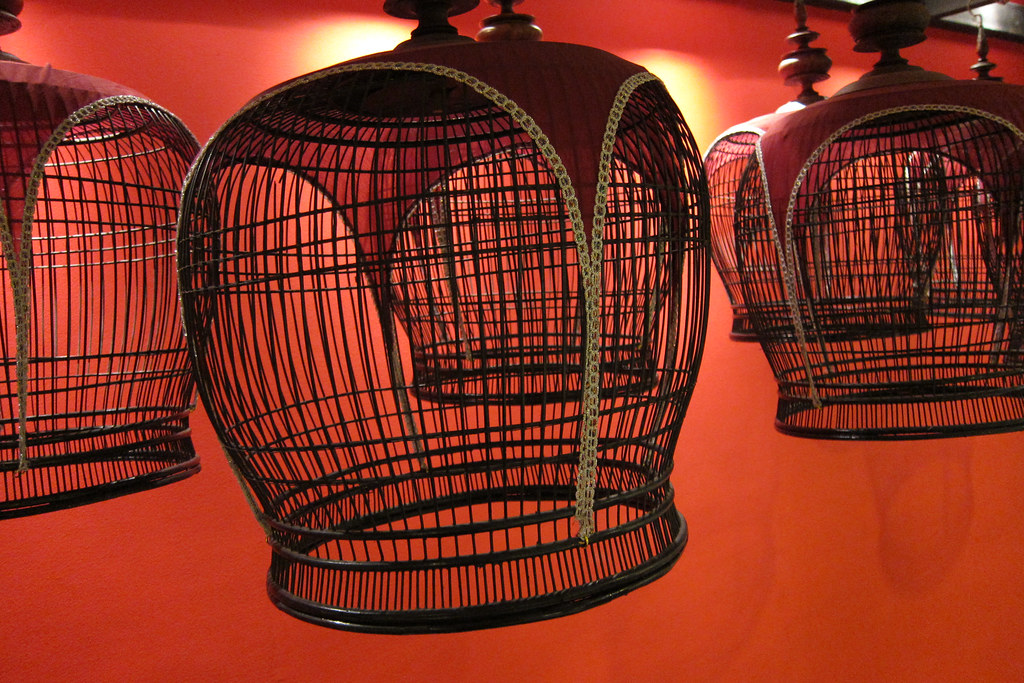 The need for locked accounts – do they say more about our society than they do about the individual? (Image c/o Thomas Quine on Flickr.)

The growth of social media has presented us with opportunities to connect with people in new and varied ways. Through its use, we can build networks with like-minded individuals and use this network to our advantage both personally and professionally.  However, whilst this ability to build such a network is largely positive, for some this creates serious difficulties.

One of the things I have been struck by when reading the huge volume of “just signed up for Twitter, here’s what you do next” type blog posts (and are there plenty of those floating around) is the extent to which they encourage openness and the importance of engaging with the medium in a very public way. Indeed, it is not unusual to encounter the belief that unless you are fully open, you are not really getting the best out of the medium. This does, of course, present difficulties for those who may have issues with embracing such a public medium and would, therefore, need to use it in a fairly restricted, less than open manner. Openness does present difficulties and those fully able to embrace such openness should respect the desire for some to retain a degree of protection whilst also making use of new communication networks.  Indeed, this post was prompted by hearing of someone with a locked account being hassled on why they chose to utilise the medium in a restricted way, rather than to embrace openness and reap the benefits of doing so.

For some, the full advantages of Twitter need to be balanced with their own personal safety. They see a medium that will be beneficial to them personally or professionally, but are conscious of the fact that, actually, engaging with the medium fully and openly might leave them open to risk. Take, for example, women who have been (or continue to be) harassed by stalkers. Fully embracing social media presents a number of risks and serious considerations. Embrace the public and open approach to the use of social media others encourage and they risk making themselves vulnerable to further harassment. On the other hand, avoiding the medium altogether means that they entirely cut themselves off from fellow professionals and access to a useful information medium because of the fear of further harassment, and why should anyone be prevented from engaging in a medium because of fear?

For others, it is about job security. An increasing number of people have to be cautious about what they share and how they share it. One person’s innocuous comment is another’s cause for disciplinary action. We will see the need to tread carefully become ever more important as we move towards increased privatisation of public services.  Whilst it is also true that the public sector is hardly a liberal social media zone, with controls and restrictions often placed on public sector workers keen to embrace social media, the private sector can be even more restrictive. The corporate brand is primary. Perceptions that the brand is damaged, even through activities in personal time, can lead to serious consequences. For example, a higher education institution may be more tolerant towards employees actively (and legally) expressing political viewpoints, whilst a private company may be less than tolerant. (I am intending on writing a separate post about the privatisation of HE and its possible consequences – this being one of the areas I plan on exploring.)

Ultimately, for some, a locked Twitter account is the only rational solution. It enables engagement (albeit restricted) but it also ensures that there is an element of control. It seems curious, therefore, that some would question the rationale of being on Twitter with a locked account. It suggests a lack of awareness or understanding of the reasons why others might feel the need to have some form of protection. That it is usually men who question the value of locked Twitter accounts (certainly in the experience of those with locked accounts who have talked to me about their experiences), speaks volumes. Not least because of their failure to understand that there might well be specific reasons why individuals choose to engage in the medium in this way.

There is also an element to this that is somewhat egocentric (perhaps unsurprising for social media, a medium that is predominantly ego-driven). For some, using mediums such as Twitter ‘properly’ means ensuring as many people as possible can see what they have to say. The medium becomes all about what they have to say to others, rather than what they can learn from others. I think this is where, sometimes, social media can become problematic, particularly tools such as Twitter. Generate a certain following and you run the risk of believing that everything you have to say is important and must reach an audience. But surely tools such as Twitter are about more than that? Surely it is as much about learning from other people as it is about sharing your ideas and perceptions? In which case, why is a locked account perceived by some as a handicap?

If one is to view social media as a forum by which people learn from others, surely the restrictions a user places on themselves are immaterial? They are getting value from the medium, just in a different way from those who choose to adopt an open approach. Who are we to determine whether an individual is getting a satisfactory level of value from their use of a medium? Isn’t this somewhat arrogant? Doesn’t it also suggest a degree of ignorance of the society in which we live? That for some the only way they can engage in such forums is in a highly restrictive form? It is for this reason that anonymity on the internet also needs to be protected and efforts to curb anonymity must be resisted. Yes, anonymity can be used as a cover for unpleasant actions, but it can also be used by the vulnerable to protect themselves from oppression (anonymity did, after all, play a role in some of the so-called “Arab Spring” uprisings).

Twitter isn’t all about building an audience for yourself. There is a place for that and there is absolutely nothing wrong with using it as a platform to attempt to spread your beliefs or to campaign or raise awareness of issues you are passionate about. But we must also remember that Twitter and social media are as much about what we receive as what we broadcast. And, so long as we continue to live in a society that enables harassment of women, or restricts individual freedom, we should not judge those who engage in the medium in such a way others may perceive to be limited and contrary to their belief that social media demands openness to be an effective tool.