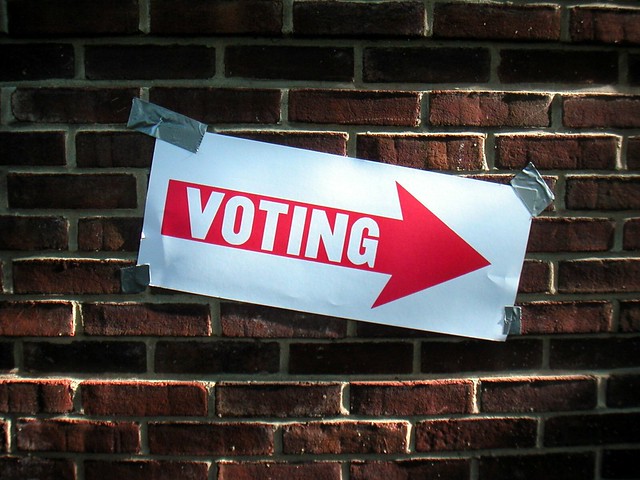 Professional bodies should be transparent and truly democratic (image c/o KCIvey on Flickr).

As I am sure everyone must (hopefully) know by now, today saw the CILIP general meeting to vote on the motion put forward to call a halt to the rebrand process. As a non-member of the professional body, the whole process has been fascinating to watch from the outside.  There’s no doubt that the process sparked a lot of controversy and a lot of debate, some of which was healthy and some of which certainly was not.  Generally speaking, I tend to find that debate is very much a good thing. We should argue, discuss and grapple as professionals in the hope it leads us to a better place (although clearly not for the sake of it).  But what of that ‘better place’? What would I like to see from a professional body representing librarians and information professionals?

There are, for me, four main things I would look for in a professional body to encourage me to both join and participate (warning: this is not an exhaustive list!):

Member-led – I would like any professional body I was to consider becoming a member of to be led by its members, not by a council or a group of remote ‘elders’.  I would want members to be involved in every step of any process that the organisation undergoes. That means, in this case, members should have been asked if they wanted the organisation to engage in a rebrand process right at the very start. If the members had been consulted at the start, it is arguable whether today’s meeting would even have taken place. The supporters of today’s motion may not have liked it, but at least there would have been a mandate from the members to follow the process.

Democratic – democracy should be absolutely at the core of any professional body. Again, in the context of the meeting, I would expect democratic principles to be at the core of the process. So, for example, if the opponents of the motion get to send a message to all members stating their case, advocates of the motion should be given equal opportunity to put forward their case. Loading the dice in favour of one over the other is not democratic, and should have no place in a body representing professionals. This was exacerbated by the announcement at the meeting that the result of the vote would not be binding, despite various figures making it quite clear a vote for the motion would result in the process being abandoned altogether. One wonders how people would have voted had they not been misled in this way.

Transparent and open – we operate within the information profession. It is, therefore, not unreasonable to expect standards of openness and transparency to be adhered to at all times and throughout the business of the organisation. An organisation that should be standing up for transparency and the principles of Open Access needs to adhere to those very same principles. This process has been less than transparent. The survey itself was certainly far from transparent. Furthermore, as Tom points out here, there is a desperate need for council to be more open and, dare I say it, more accountable.

Publicly espouses views consistent with core ethics – this one isn’t really specific to the meeting and the process itself, although it is linked and touches on aspects of some elements above. Essentially, I think it is vital for the ethics espoused by the profession (ie a commitment to transparency and access to information) to be reflected in the actions of its representative bodies. Not just in terms of its actions internally, but also in terms of engaging more widely on these same ethical values. So, for example, I would like to see a professional body for information professionals in the UK take the same line as the ALA over Edward Snowden. I would like a professional body to both adhere by these core ethical principles in terms of its own operation and to stand up for these ethical principles publicly where they see violations of these principles.

For some, the question of the name and the rebrand itself seems to have been a core issue (from the small proportion of the discussion I saw anyway). There has been plenty of discussion about the alternative names, which one is most acceptable, whether they are better than the existing name, or whether they are actually any good at all. For me, I’ve tended to see this process through the prism of the core principles above. The reason I supported Tom was not because I thought the names were terrible or that CILIP is preferable to any possible alternative, it was partly because I believed the process was unnecessary but also because I didn’t believe the process itself met the standards we should expect.

I personally believe that the process fell down on not being democratic, being led by council rather than members and lacking in transparency. What I took away from the vote today was that this was acceptable in the drive to rebrand. Personally, I do not think it is acceptable. We either abide by our ethical principles (in which case the process would not stand up to rigorous scrutiny) or we accept that our ethical principles count for nothing.  The message that went out from the whole process is that the interests of the council trumps the interests of the membership. Whether that message is an accurate one to take from this series of events is, of course, entirely debatable, but it is the message I take away from it.

In terms of the rebrand itself, there is one key thing that needs to be considered. To effectively confront the challenges that the professional body faces, a rebrand is unnecessary in my view. What it is far more important to concentrate on is reputation which is quite different. I’ve referred to this in this comments somewhere before on this blog, but this extract in the MIT Sloan Management Review defines the terms quite nicely:

Brand is a “customercentric” concept that focuses on what a product, service or company has promised to its customers and what that commitment means to them. Reputation is a “companycentric” concept that focuses on the credibility and respect that an organization has among a broad set of constituencies, including employees, investors, regulators, journalists and local communities — as well as customers. In other words, brand is about relevancy and differentiation (with respect to the customer), and reputation is about legitimacy of the organization (with respect to a wide range of stakeholder groups, including but not limited to customers).

Whilst the brand may need some work (and as that same article makes clear, you must not focus on one to the detriment of the other), it is the reputation that needs the most pressing focus. I think it has already been established that there is a need to ensure that CILIP is respected and seen as a credible organisation amongst a ‘broad set of constituencies’. This can, in my view, be achieved without focusing on a rebrand (“a new name for the organisation, a strap line, new logo, and new visual identity“) it can be achieved through actions that literally do not cost a penny. It can be achieved through taking a visible, public stand on a variety of issues (eg the Snowden example referred to above). A strong ethical position, speaking up on matters that impact upon our ethical values will reinforce the reputation and, in my view, help to drive up membership. (Incidentally, I notice that John’s blog post also makes the brand=reputation error.)

So, what kind of professional body would I like to see representing our profession? One that is truly democratic, member-led, transparent and publicly and firmly espouses strong ethical views. Its focus should not be a rebrand, but a focus on its reputation. By focusing on a strong ethical position, both in terms of its internal operations and its external outlook, I think it can win back members. As one member said to me in private today*:

“I don’t give a shit what it’s called, but I want it to be effective and ethical.”

Perhaps when the effectiveness and the ethics are sorted, then is the time to think about a new logo and name.

* To make clear: this quote was used with permission.